YPSILANTI, MI, May 9, 2018 — HighScope Educational Research Foundation, a leader in early childhood research and practice, is hosting early educators from around the globe at its 46th annual conference. An author, a professor, and a Nobel Prize recipient headline the 2018 HighScope International Conference, “Bridging the Gap, From Opportunity to Excellence,” May 16-18, 2018 at the Detroit Marriott at the Renaissance Center. The conference features some of the most recognizable experts in the field of education and will provide strategies and exercises to give educators leverage in teaching young learners.

“Providing educational excellence, starting with our youngest children, is critical to the economic and social fabric of our country,” said Cheryl Polk, PhD, HighScope President. “We are fortunate to host some of the top experts in education at this year’s conference, which promises to be inspiring while also providing practical methods to help educators elevate student academic outcomes.” 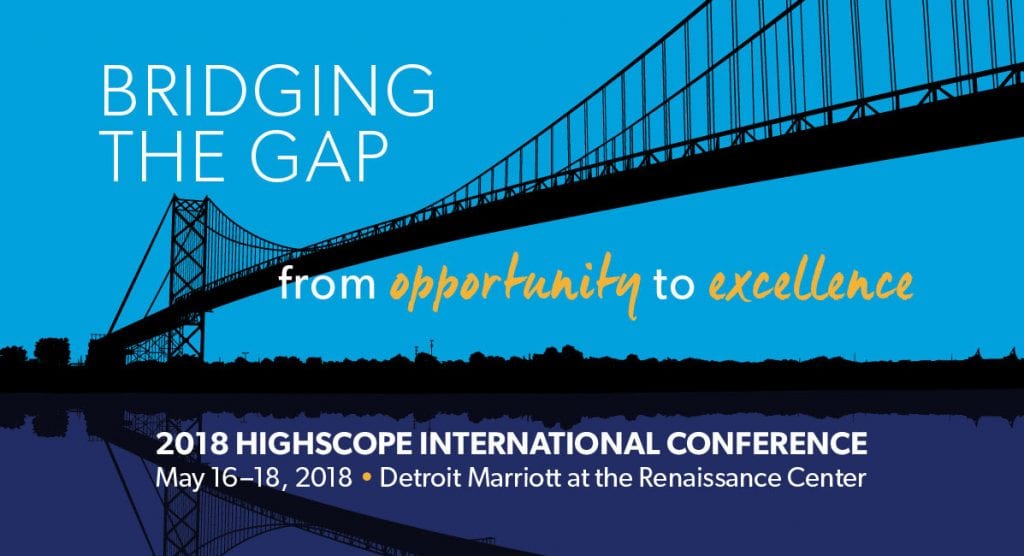 Canada is the founder of Harlem Children’s Zone, Inc. (HCZ) and is a passionate advocate for education reform.  His creation of HCZ was called by The New York Times, “one of the most ambitious social experiments of our time.” Canada and his work with HCZ has become a national model and has been featured on numerous media programs including 60 Minutes, The Oprah Winfrey show, The Today Show, Good Morning American, NPR, and more.

A Distinguished Professor of Education in the Graduate School of Education and Information Sciences, Noguera’s research focuses on the ways in which schools are influenced by social and economic conditions, as well as by demographic trends in local, regional and global contexts. He is the author of 11 books and is a regular commentator on educational topics on CNN, MSNBC, NPR and other media outlets.

Heckman is the Henry Shultz Distinguished Service Professor of Economics and Public Policy and Director of the Center for the Economics of Human Development at the University of Chicago. He has devoted his professional life to understanding the origins of major social and economic questions related to inequality, social mobility, discrimination, and the formation of skills and regulation in labor markets. He has authored nine books, written over 300 articles and received numerous, prestigious awards for his research.

HighScope Educational Research Foundation is an early childhood leader in pursuit of a world where all children have the opportunity to develop socially, emotionally, and cognitively so they have satisfying, productive lives. HighScope supports the development of young children from birth through age eight by developing and providing quality, research-based, high-quality curricula, assessments, professional learning, and other supports in the context of families and their communities.

HighScope’s roots extend back to the Perry Preschool Project (1962–1967). Launched in Ypsilanti, Michigan and led by Ypsilanti Schools psychologist David Weikart and Perry Elementary School principal Charles Eugene Beatty, the Perry Preschool Project was one of the first early childhood programs in the United States intentionally designed to increase school success for preschool children living in poverty. Today, HighScope’s work can be found in classrooms throughout the United States and in educational settings around the globe.