“I have had a lifelong journey with HighScope.” 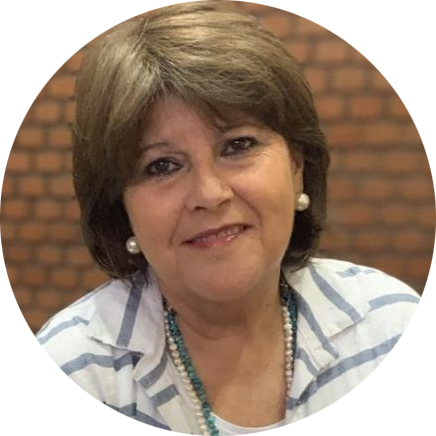 Mariana Carvajal’s passion for HighScope’s pioneering approach to early childhood education was sparked as a student at the Catholic University of Valparaiso (Universidad Católica de Valparaíso) in Chile. It was there that she had the unique opportunity to learn firsthand about HighScope’s philosophy and practices from her college instructor Sylvia Lavanchy, who, along with HighScope founder David P. Weikart, helped to bring the HighScope approach to Chile in the early 1970s. 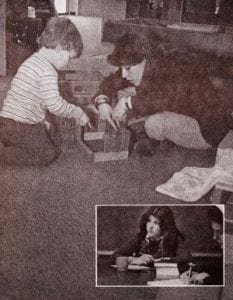 Mariana Carvajal learning firsthand about the principles of active learning while completing training at HighScope’s Demonstration Preschool in Ypsilanti, Michigan in 1979.

Mariana remembers, “I fell in love with HighScope. I realized that was what I wanted to do with my life.” Now, more than 40 years later, she still looks back on her career in early childhood education and as a HighScope trainer with great enthusiasm.

After graduating from the Catholic University of Valparaíso, Mariana travelled abroad to continue her studies. In 1979, she participated in the yearlong HighScope Graduate Program in Education and Human Development training at HighScope’s headquarters in Ypsilanti, Michigan. She then went on to complete her graduate studies and earn a master’s degree in human development in 1980 from Pacific Oaks College in Pasadena, California.

It was the call of her homeland that prompted Mariana to return to Santiago, Chile, where she consulted with area preschools and provided HighScope training to local preschool teachers. She also taught classes about the HighScope Curriculum at Pontificia Universidad Católica de Chile in Santiago.

“I have seen with my own eyes the joys of children involved in active learning. It’s really fantastic to see children developing their ideas,” says Mariana. “The children and parents feel supported and acknowledged, and the teachers are motivated because the children are learning.”

Mariana continued to raise the bar for HighScope, and in 2010, Mariana and four others founded the HighScope Institute Chile, where Mariana consults with schools that use the HighScope Curriculum, largely in deprived neighborhoods in Chile’s capital, Santiago.

Carla Quappe, a kindergarten teacher and director of kindergarten at the Santa Cruz de Chicureo school, as well as a professor at the Finis Terrae University in Santiago, Chile, nominated Mariana as a HighScope hero. Carla notes, “Throughout her career, Mariana has helped thousands of children from different social and cultural environments receive a quality education using the HighScope Curriculum. She inspires and motivates preschool teachers and has positively impacted the lives of each one of them.” 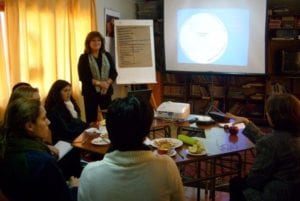 Mariana’s dedication to the HighScope model led her to become first a HighScope trainer in 2000 and then a HighScope Trainer of Trainers eight years later. To ensure that she is always bringing HighScope’s best practices to ECE teachers, Mariana visits the HighScope’s headquarters in Ypsilanti every two years to take classes. “I am a lifelong learner. Each time I take a class or reread a book; I find something new. It is really fantastic.”

Mariana believes the keys to HighScope’s continued success are its commitment to research and its flexibility in adapting its curriculum to meet the changing needs of children, parents, and teachers. “The research is the foundation, and it’s a strong one,” Marianna says. “With all my heart I wish continued success to HighScope. Being a HighScope trainer is a rewarding experience, and it’s my goal to continue supporting schools, children, teachers and parents by using the philosophy and principles sustained by HighScope.”