The HighScope Roundtable is a virtual series in which we engage in thoughtful conversations about important topics currently facing early childhood educators. Registration is free and encouraged. A certificate of attendance will be emailed to registered participants who attend the live roundtable event. Educators can download a PDF certificate verifying professional development credit.

Agency, Racism, and Learning in the Early Grades

The latest HighScope Roundtable series, inspired by the book Segregation by Experience: Agency, Racism, and Learning in the Early Grades (2021, University of Chicago Press) will delve into a groundbreaking study on equity and agency in the early childhood classroom. Over the course of eight sessions, authors, panelists, and thought leaders will invite participants to accompany them on a journey toward understanding the effects of injustice on young learners and how to build classroom spaces that promote all children’s social-emotional growth. 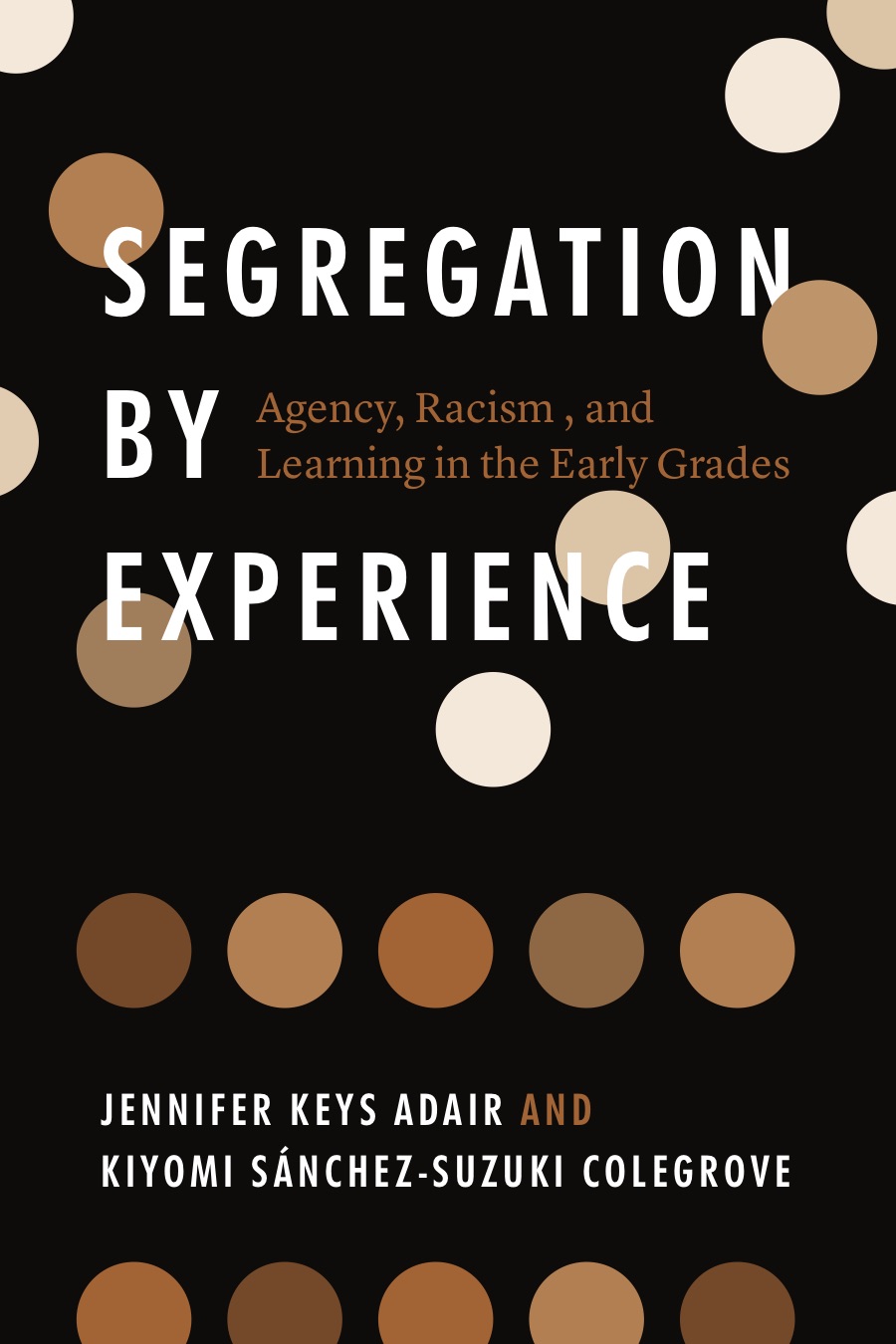 At the first Roundtable, the authors (Jennifer Keys Adair & Kiyomi Sánchez-Suzuki Colegrove) will share the story of their eight-year research process and explain why they were compelled to write their book. They will talk about the year they worked in Ms. Bailey’s classroom and documented the thousands of ways young children used their agency to learn and develop. The authors will discuss the role of agency in young children’s development as well as Charles Mill’s writings on the Racial Contract. They will draw upon many Black and Indigenous scholars who demonstrate how children of color are denied or must earn what most white children receive without effort. This session will be moderated by Fabienne Doucet.

This second session explores how children’s agency impacts how and what young children learn. The session will be led by Ms. Bailey, the teacher featured in Segregation by Experience, and two additional early childhood educators who have been featured in Dr. Adair’s agency research. Panelists will give firsthand accounts of offering young children agency in classrooms and what they notice about young children when they increase their agency. This session focuses on the dynamic, active, and agency-supportive learning experiences young children got to have in Ms. Bailey’s classroom. They moved around, talked to one another often, and used their initiative because they had the space and time to do so. They made lots of decisions about what and how they learned. The opportunity to move around, talk to one another, notice new things, contribute effort, and share ideas led to a range of developed and practiced capabilities across social and academic domains. This session will include video examples from the panelists’ classrooms.

This session focuses on how deficit thinking and biased assumptions impacts early education. In Chapter 3 of Segregation by Experience, the authors detail what happened when they showed the film of Ms. Bailey’s classroom to teachers and administrators at four schools, including a rural, U.S.-Mexico border school, a suburban school, and an urban school that served mostly Latinx and Black students facing similar economic, linguistic, racial, and geographic injustices to the students and families in Ms. Bailey’s classroom. Many educators who watched the film liked the practices but claimed that what worked in the film would never work in their schools because the children at their schools came from families who were uneducated or did not care about education. Most teachers claimed that the young children of color were too out of control or unprepared to handle the use of their agency. Instead of blaming individual teachers, this session tries to make sense of where negative and deficit ideas about families come from and how deficit thinking impacts young children’s learning experiences.

Working With Communities and Families in Early Childhood Education

This session focuses on how early childhood educators (teachers and administrators) work with and sometimes struggle to connect with communities and families. Chapter 4 of Segregation by Experience explores parents’ reactions to the film of Ms. Bailey’s classroom. Parents liked most of the practices in an ideal sense but worried that some would put their child in danger academically or physically given the injustices they and their children face in the larger society. How can teachers and administrators listen more carefully and openly to families and communities they serve, particularly those facing significant racial, linguistic, and economic injustices? How can we balance children’s agency and the cultural values of collective respect and obedience many children of color bring with them to school?

This session focuses on how teachers’ efforts to support agency and connect to children’s real lives is complicated by power and politics operating at multiple levels. Chapter 5 shows how Ms. Bailey often felt pressure to be efficient and position the young children as individuals, rather than as a community, as well as  how she responded to those specific pressures. Chapter 5 shows how offering sophisticated, dynamic, and agentic learning experiences to the children in her classroom brought about tension between her and her teacher colleagues, and put her between the politics of early childhood education and up against racist ideologies about who is ready for what when they arrive at school. The discussion will focus on how outside social-emotional learning programs, testing, and regulations restrict teacher agency and make it difficult for educators to focus on children as smart and capable within a system designed for compliance, assessment, and management.

This session is about how young children understand learning and what it means to be a learner. Chapter 6 focuses on how the first graders (ages 6-7) who were interviewed in Texas responded to the film of Ms. Bailey’s classroom. They were shocked by what they saw and had a uniformly negative response, explaining to us over and over (no matter the city or school we visited) that the children in the film moved around too much, talked too much, and acted without the teacher’s permission. We detail which practices they objected to as well as the practices they liked but only did at home. This session is about how learning experiences impact how children think about themselves as well as the process of learning. Why did young children have such a negative response to the film and such a narrow view of learning and being a learner? And how does racism and other types of discrimination and outcomes of white supremacy impact how young children experience and understand learning at school?

This session focuses on how racism and white supremacy impact teaching and learning in early childhood education. Chapter 7 argues that preventing young children of color from enacting their agency at school is an act of segregation, and ultimately an operationalization of white supremacy and a means of controlling communities of color through the normalization of agency as something earned or deserved. Institutional racism and white supremacy collectively normalize offering children different kinds of early learning experiences at school. This segregation is then violently justified by (falsely) insisting that agency would be available to young children at school if only they and their families would just change, earn, prove, improve, or fix themselves to fit into the expectations of whiteness. How can we look inward to ourselves and the systems we participate in to fight segregation by experience instead of trying to “fix” families and children? What does it mean to remove the personhood/subpersonhood line from our schools, teaching practices, parent engagement, curriculum and policies?

This session welcomes Ms. Bailey, the researchers/authors of Segregation by Experience, and two of the children from Ms. Bailey’s class who are now 16 years old. The epilogue describes how the authors gathered students from Ms. Bailey’s class six years after the authors began their research; the students, Mary, Max, Diana, Lorene, Celeste, Samuel, and Charlie, had grown up to be 12- and 13-year-olds. They were shown the film made six years before and were asked similar questions to those asked in the study. The authors/researchers shared what was written in this book and told them how negatively people had responded to the practices in the film. They had a lot to say about how people responded to their film and to all who care about education and the futures of Brown and Black children. The epilogue is almost entirely in their words, and to close out the Roundtable series, we will hear from them about the impact teachers can make on how children see and understand themselves as learners. 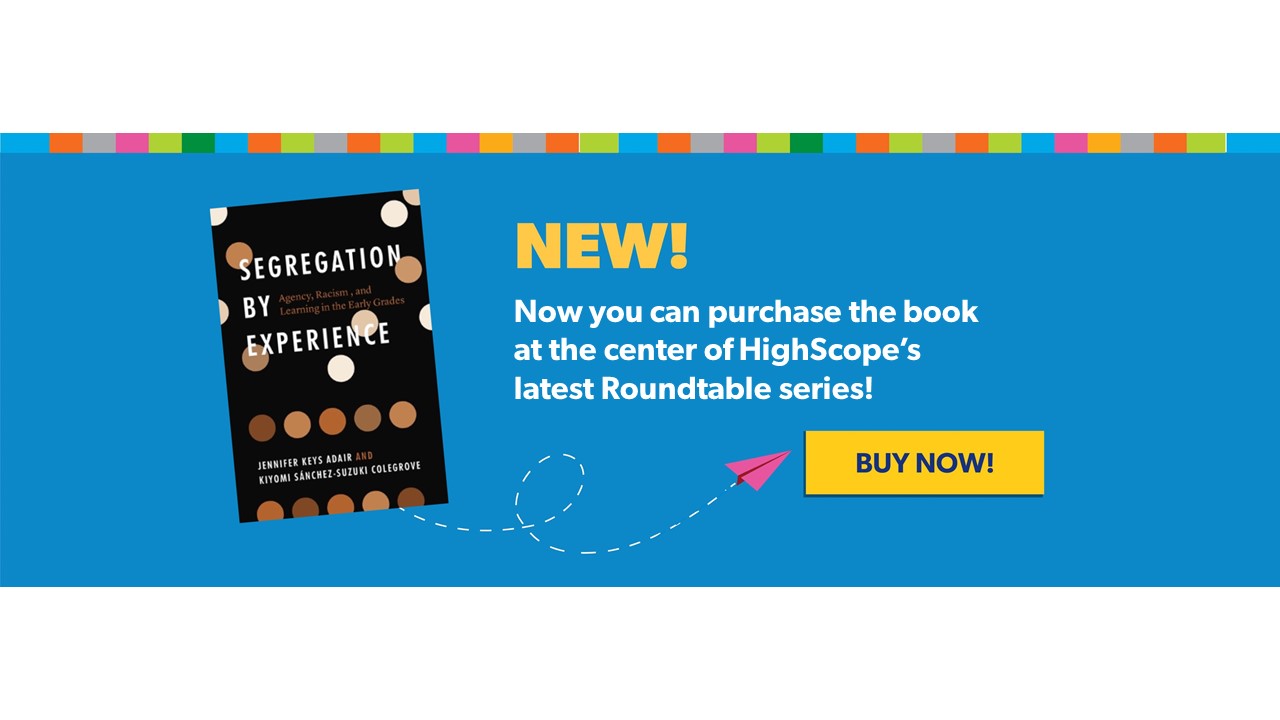