HighScope is the most child-centered approach I’ve ever seen! 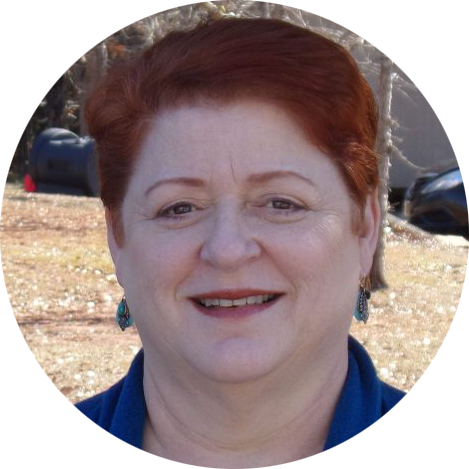 Karen Lusk is a HighScope Hero with a distinguished career in early childhood education, both in the classroom and as an administrator. For some 32 years, Karen has worked with the Alabama Council on Human Relations, Inc. (ACHR) in Auburn, Alabama. This statewide, private nonprofit implements innovative programs to improve economic conditions, educational opportunities, and racial equality for Alabama’s citizens. It is noted for its unique child-centered Head Start program, which is based on the HighScope Curriculum approach.

Karen’s ECE journey began when she earned her associate’s degree in Child Development from Fullerton College in 1982. After graduation, Karen remained there and served as a preschool teacher and evening director of that community college’s on-campus childcare.

In 1988, Karen and her family relocated to Alabama, where she launched the next phase of her career — joining ACHR as a Head Start teacher. She moved quickly into an administrative role as an ACHR center director and soon after that became a curriculum specialist and trainer.

Joining ACHR marked Karen’s introduction to the HighScope philosophy. At the time, ACHR was looking to expand the number of HighScope certified trainers within the organization and sent Karen to HighScope headquarters in Michigan for training. She remembers, “The training experience was intense, organized and challenging, and it was a time of great professional and personal development around my favorite topic—child development.”

During the training, Karen was pregnant with her son, Ian. “Today, I still call him my HighScope certified baby!”

In addition to training early childhood teachers, she is responsible for purchasing educational resources for more than thirty Head Start and Early Head Start classrooms practicing HighScope within the ACHR program, which spans two counties in Alabama. She wears many hats and also writes grants, policies, and procedures for ACHR.

An avid collector of children’s books, Karen has assembled a makeshift “lending library” that she enjoys sharing with staff. “I probably own thousands of children’s books,” Karen remarks. “I tell the teachers that if they have a child who is interested in something specific to come and see me and I’ll go dig something out.”

Karen, who holds a B.S. in Human Development and Family Studies from Auburn University, was nominated as a HighScope Hero by Debbie Chism, the current director of one of ACHR’s head start centers, the Frankie B. King Center. Says Chism, “I find myself comparing other trainers to her, and evaluating them based on if they are as effective, knowledgeable of their content, prepared, committed, and blessed with the gift of being a person who can really draw in the participants and keep them engaged.”

Over the past 32 years, Karen has attended almost every HighScope International Conference, and has presented at many of them. At the 2013 conference, Karen, along with her co-worker Sue Williams, received the prestigious David P. Weikart award, recognizing their excellence in the field of ECE, and reflecting the dedication to using and promoting HighScope within the state of Alabama.

“HighScope has made a big impact on my life, personally and professionally,” says Karen. “Every time I go to a HighScope conference, I feel like I’m coming home to the mother ship!”