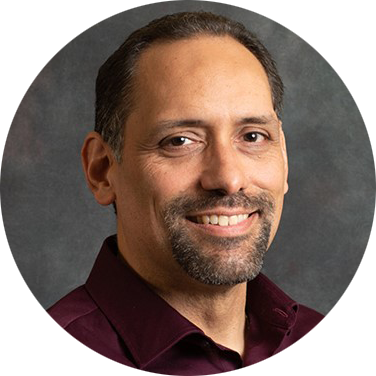 José Velilla’s lifelong passion for early childhood development has served as his guiding “north star” — setting a clear course for his career. José’s journey began early. As he recalls, “My mother was a family day care provider. We always had other kids, who were not related, in our home.” So when José later enrolled at The Borough of Manhattan Community College, pursuing a degree in early childhood education seemed like the most natural fit. After earning an associate’s degree, he stayed on course: José now serves as the executive director of New York City-based Bloomingdale Family Program, a nationally recognized educational program for preschool children and one of the oldest Head Start programs in the nation.

José found his way to Bloomingdale after graduating from BMCC and, he says, “Thirty years later I’m still here. I started as a teacher, and I think I’ve held almost every position here — teacher, educational director, and now executive director. Both of my children attended the school, so I was also a Bloomingdale parent. I’ve run the gamut.” During this time, he also earned a master’s degree in Early Childhood Education Supervision and Administration from Pace University in New York.

Landing at Bloomingdale also marked the starting point of José’s journey with HighScope, and part of that journey included attending trainings, conferences, and workshops. It was at a HighScope workshop on conflict resolution that he first met Betsy Evans, author, early childhood consultant, and conflict-resolution specialist, some 20 years ago. That chance meeting also led Betsy to visit José’s classroom in the mid-1990s as part of a filming project for the HighScope video “I Want All The Turns!”: Supporting Children in Resolving Problems and Conflicts. A scene in which José mediates a conflict between preschool children became a classic go-to clip that illustrates effective problem-solving strategies teachers can use in their classrooms.

According to Betsy, who nominated José to be a HighScope Hero, “His contributions and support for HighScope have been broad, varied, and passionate. José’s connection to HighScope has embraced and exemplified the HighScope philosophy and mission in ways both unique and extraordinary.” 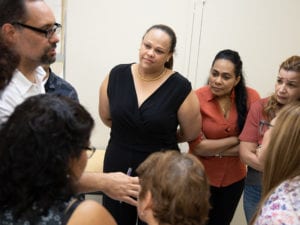 José, who is humbled by and appreciative of Betsy’s words, says, “I want us to do the best that we can to meet the needs of the children and families we serve.” In that regard, he believes HighScope is the perfect collaborator for educators in early childhood settings.

A well-known educator and advocate for Bloomingdale, HighScope, and the field of early childhood education, José is also a HighScope trainer and field consultant. He travels the country inspiring and training teachers and administrators in their implementation of the HighScope approach and curriculum to create high-quality pre-K programs. As an administrator himself, José also observes how the HighScope Curriculum continues to elevate his teaching staff and the Bloomingdale program.

Of his new status as a HighScope Hero, José says, “I’m amazed. I’m grateful. I am thankful for the opportunity to be able share my story and my trajectory with HighScope,” he says. “I love the curriculum. It’s something that is just amazing in its ability to impact children’s lives.”