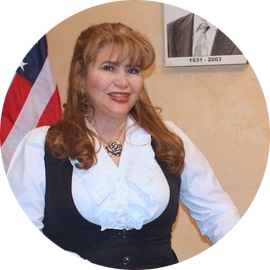 Thirty years ago, Elsa Portilla Osorno was so inspired by the philosophy and practices of the HighScope early childhood educational approach that she pioneered the implementation of the HighScope Curriculum in Mexico. The Colegio David P. Weikart, aptly named for the renowned psychologist and HighScope founder, became the first accredited HighScope Program in Mexico.

Located in the charming port city of Veracruz on the Gulf of Mexico, the Weikart School stands as a fitting example of the powerful effects of the HighScope Curriculum on children from infancy through middle-school age. Elsa’s creative imprint and passion for education is evident throughout the school. Walk down the halls, and you might happen upon Elsa, a Mexican folkdance teacher in her spare time, dancing in the halls with students and parents. Peek behind classroom doors and you’ll find students actively engaged in exploring the technical wonders of robotics, thanks to an innovative curriculum Elsa put into place for students in the elementary and middle grades. Always “pushing the envelope” for her students, Elsa recently “age-adapted” the program for the school’s pre-K children, so that they, too, could share the benefits of this cutting-edge curriculum.

Elsa was first drawn to the HighScope Curriculum while studying education at Mexico’s National Pedagogical University, where she earned her bachelor’s degree in 1992. Five years later, she went on to complete HighScope’s Trainer of Trainers course and is now a Certified HighScope trainer in multiple states in Mexico. According to Pilar Farrés, director of the HighScope Mexico Institute, who has collaborated with Elsa for many years and nominated her as a HighScope Hero, “Elsa has always aligned the HighScope Curriculum with the needs of her teachers, students, and the surrounding community. She helps her own team and gives them opportunities to learn and grow as people.” Elsa has further extended the reach of HighScope by training many teachers in rural areas of Mexico, says Pilar. 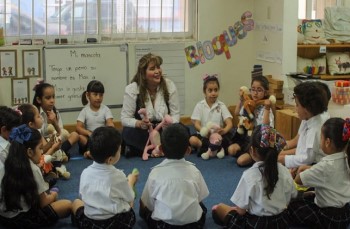 Clearly, Elsa’s achievements go far beyond the brick-and-mortar walls of the school she founded. A tireless advocate of HighScope principles and practices, she sees her work as an investment in children’s futures: “The best educational investment is to work with children in their early years. We can influence them and make a great impact during that time.” Many former students are now parents who have enrolled their children in the school.

Some might call Elsa a pioneer or a visionary in the field of early education, but from a HighScope perspective, she’s a “hero,” a title she graciously accepts: “I am very honored to be named a HighScope hero,” says Elsa. “The world deserves a high-quality program such as HighScope’s. And, every child in the world deserves an education like the one HighScope provides.”