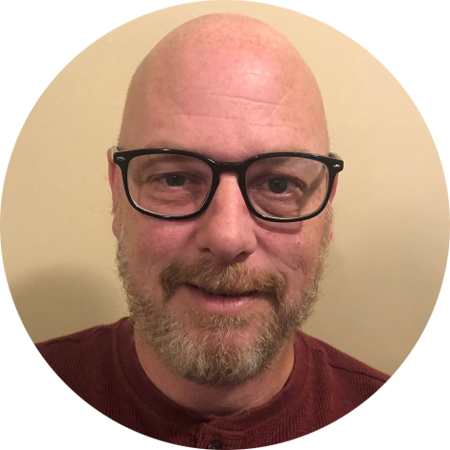 With the number of male teachers in early childhood classrooms across the country estimated at just three percent, it is no wonder that some might consider Allen Wood, a lead pre-K teacher in Michigan’s Waterford School District, a rarity in the field.

Allen, however, does not see himself as unusual. “Some people tell me that it’s so great to have a male role model in early childhood education,” he says, “but I don’t look at it that way. I just see myself as another adult working with the children. I would encourage more men to come into the field. It’s one of the most rewarding jobs.”

Becoming a pre-K teacher was not Allen’s first career choice. He had entered college to pursue his long-time goal of becoming a pharmacist; however, after two years in school, he changed his mind. As fate would have it, an advisor encouraged him to pursue teaching. Placed in a pre-K classroom, Allen quickly discovered his passion for early childhood education. He recalls, “I knew absolutely that this was where I needed to be.”

Natalie Campbell, an early childhood specialist in the Waterford School District, says she nominated Allen as a HighScope Hero because he is a “true” HighScope educator who deserves recognition. According to Natalie, Allen has made a positive impact on the climate and culture of his school through his empowering teaching style and support of fellow teachers as they work with and implement HighScope’s COR Advantage child assessment. He has also created stronger connections with families. 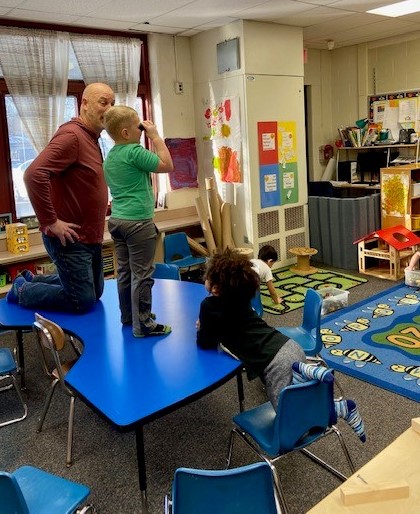 Not one to toot his own horn, Allen points out that the nomination came as a surprise and says, “To be selected as a HighScope Hero is an absolute honor. It is an honor to be recognized for doing something I love.”

Having completed HighScope’s Preschool Curriculum Course (PCC), Allen strives to incorporate every aspect of what he learned from the training into his work. He believes that the most important aspect of the HighScope Curriculum is that it encourages children to be children — to grow and to learn.

Allen’s play-based classroom environment fosters children’s engagement and self-discovery. It is a place where they can flex their muscles and their imaginations with hands-on tools and materials, including a workbench, a mini-message board, bottles filled with rocks, old cell phones, and dress-up clothes. There is often music playing so that children can express themselves through dance and movement.

“I get to see the expressions on children’s faces when they figure something out,” says Allen. “That is probably the best reward.”

Allen holds a bachelor’s degree in science in Early Childhood Education from Baker College in Auburn Hills, Michigan, where he is currently pursuing a master’s degree in the same field. As a former adjunct instructor at Baker, he helped to educate the next generation of early childhood teachers…dreamers…and heroes.